Located on the Bellarine Peninsula, Curlewis enjoys a cool maritime climate.  The main vineyard of MV6 Pinot Noir was planted in 1985 in 1m of black cracking clay laying over 30m of limestone-marl which gives richness, depth of colour and minerality.  A further 3 acres of Pommard was planted in 2005 and first introduced in the 2012 vintage to provide further complexity and tannin structure to our Pinots.  The vines rarely produce more than 1.5 tons per acre. The result is premium fruit which produces complex, well balanced, and sophisticated wines.  The wines are hand-made and low intervention utilising French styles from Burgundy and Rhone, but benefitting from a more consistent climate and some new techniques to create greater concentration and flavour ripeness yet still with the length of palate that goes with ultra-premium wines the world over.  The full bag of pinot noir wine-making tricks are used: wild yeast, hot-fermentation, post-ferment maceration, prolonged lees contact and bottling the wine neither fined nor filtered.   Curlewis is one of the smallest producers in the Geelong wine region but has wines on some of the best lists in Australia.
​
Curlewis Winery, winemakers/vignerons Stefano Marasco & Rainer Breit
2018 Bel Sel Chardonnay - tasting note
2018 Bel Sel Pinot Noir - tasting note
2016 Bel Sel Pinot Noir limited re-release - tasting note
2018 Curlewis Estate Pinot Noir - tasting note
2013 Curlewis Reserve Pinot Noir - tasting note
2013 Curlewis Syrah - tasting note

The DiFabio family has a long history of grape growing and winemaking dating back to the family’s Italian origin. Giovanni and Maria DiFabio purchased their first house and 40 acre vineyard in the mid 1960’s. This became the family home for many years, hence today the property is known as ‘The Old House’. The family now owns approximately 140 acres all situated in the McLaren Flat and Blewitt Springs area of the famous McLaren Vale region. 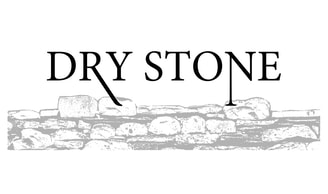 The Dry Stone brand brings some of the best varieties and winemaking to the table at a surprisingly low price.  These are high quality wines made by reputable makers specifically for this label – Di Fabio Estate for example – and represent extraordinary value.
Dry Stone Wines, Woods Wines own brand
2016 McLaren Vale Shiraz – McLaren Vale - tasting note

Established in 1922 and operated as Westfield Wines until 2003 when the decision was made to honour John Kosovich’s 50th vintage. It is the third oldest winery operating in the Swan Valley and the oldest still run by the original family. In 1995 John Kosovich was awarded the Order of Australia medal for his contribution to the wine industry and in 2004 won the prestigious Jack Mann Medal as well as the winery winning the Best WA Small Producer at the Perth Royal Wine Show.  2013 will mark John's 60th consecutive vintage.

Founded in 1975 in a place named “Joanna” to the north of Coonawarra, Koppamurra Wines was only the second vineyard in the region now known as Wrattonbully.  Koppamurra now no longer owns a single vineyard, operating on a model of selecting fruit from the best independent vineyards instead.  Shiraz and Cabernet still come from Wrattonbully, Riesling and Sauvignon Blanc from Adelaide Hills, Grenache, Rosé, Semillon, Chardonnay, together with two exciting new Rhone Valley varieties, Mourvedre and Roussanne from McLaren Vale.

Ronald Brown, the founder of Maverick wines, is first and foremost a vigneron, and has owned/farmed vineyards in France, Switzerland and now Australia. He believes wine is shaped in the vineyards by history, terroirs and tradition. A practitioner of biodynamic viticulture since 1993 in France, he has imported both the technology and practical philosophy to Australia from Europe, making Maverick one of the leading biodynamic vineyards and wineries in the New World. Although the company began operations in 2004, the average age of the vines is around 100 years, with the oldest comprising Grenache and Semillon from the 1840s, Riesling from the 1860s and Shiraz from the 1870s. 100% domaine-grown fruit from 75 acres of biodynamically-farmed top Eden and Barossa Valley terroirs.
Maverick Wines, winemaker Ronald Brown
2015 Breechens Chardonnay - tasting note
2015 Breechens Semillon - tasting note
2016 Breechens Shiraz​ - tasting note

Prince Albert vineyard occupies 2 ha of arguably one of the best Pinot Noir growing sites in Australia – the north facing slope of the Waurn Ponds Valley.  The top soil is 0.5 meters of terra rossa on top of limestone marl.   It was first used for a vineyard of the same name from 1857 to 1882 and was re-established by Bruce Hyett in 1975. Now owned and run by David Yates, both the vineyard and winery have been officially certified organic to the Biological Farmers of Australia standards since 1998.  The vineyard’s sole production is its single source organic Pinot Noir.
Prince Albert, winemaker David Yates
﻿﻿﻿﻿﻿﻿﻿﻿2014 Pinot Noir - ﻿﻿tasting note

First planted in 1945 by a local Italian vigneron, and then purchased and expanded by Brown Brothers in 1950, Virago Vineyard has a long viticultural history. With only terracing left from the original vineyards, 2000 Nebbiolo vines were planted in 2007. The block is on a moderately inclined, north-west facing slope at an altitude of 270 metres and consists of a combination of five different Lambia clones on one hectare. The vines were planted by hand, and all pruning, trimming, thinning, soil tilling and picking is also done by hand to ensure a low yield of the highest quality fruit. Karen Coats was a tax accountant in her previous life but has added a Bachelor of Wine Science to her degree collection. Prue Keith is an orthopaedic surgeon who devotes her free time to Virago Vineyard. Winemaker Rick Kinzbrunner at Giaconda needs no introduction to Chardonnay lovers worldwide. Rick makes Virago Nebbiolo in the traditional Italian way: The wine remains on skins for an extended period in a large concrete tank, is then basket pressed and transferred to a 1,600 litre Gamba oval cask for approximately three years of ageing.
Virago Vineyard, winemaker Rick Kinzbrunner,  vignerons Karen Coats & Prue Keith
2014 Nebbiolo - ﻿﻿tasting note 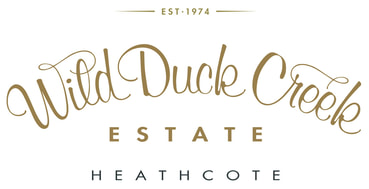 It’s not hard to find inexpensive wines these days, but doing so without compromising quality and taste is a little trickier.  That’s why we got Brett Snelson to turn his expertise to a small, but eventually growing, selection of regional wines which showcase not only their variety, but also their regionality.  The first in this collection are listed here: a delightful King Valley Pinot Grigio that could almost be Italian, and a wonderful Pinot Noir that is pure Yarra Valley!
Woods & Matthews Selections, winemaker Brett Snelson
NV Sparkling "Mousseux Traditionnelle" Blanc de Blancs - tasting note
2018 King Valley Pinot Grigio - tasting note
2018 Yarra Valley Pinot Noir - tasting note
2019 Grampians Cabernet Sauvignon - tasting note
2016 McLaren Vale shiraz - tasting note
﻿﻿﻿SALES INQUIRIES﻿﻿﻿
To find out where our wines are available for retail sale, or for wholesale inquiries, Woods Wines can be contacted via email at info@woodswines.com.au, on our office phone at +61 (0)412 281 965, or by any of the methods on our contact page.
Woods Wines Australia.  Thanks for visiting!