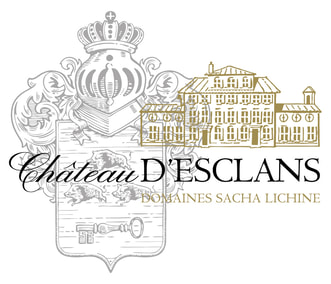 After his father’s death, Sacha Alexis Lichine sold the family’s fourth-growth Bordeaux property, Prieuré-Lichine (previously known as Prieuré-Cantenac) in 1999.  He spent several years in the Côtes de Provence, before settling on a property of some 267 hectares near the town of La Motte, graced with some 44 hectares under old, well-established vines (many up to 80 years of age).  Sacha’s intent was never to make just another Provençal rosé.  His objective was to produce the very best and most respected rosé in the world – a wine comparable in style and finesse to the great burgundies, but blessed with the freshness and vibrancy of Provence. He enlisted one of the great winemakers of our age, Patrick Léon, whose achievements include 23 yrs as head winemaker for the Mouton Rothschild group, making Opus One in California and the creation of Almaviva in Chile.  Success?  The world’s wine media think so. The Whispering Angel is a younger fresher style, while the higher cuvees are richer, fuller and boundless in depth.  Do not take them lightly! 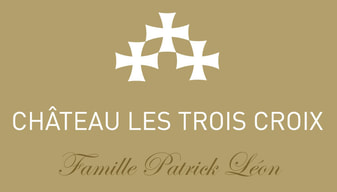 Patrick spent 23 years making Château Mouton-Rothschild, as well as Château Clerc-Milon and Château d’Armailhac, not to mention Opus One and Almaviva, which he planted personally.  Now he has his own family château on land in Fronsac which he believes will be the next big thing in Bordeaux.  85% Merlot & 15% Cabernet Franc, these wines are exciting and rewarding on the palate and tuned for further aging.

After 4 generations of the Max family, and 154 years in Burgundy, Maison Louis Max (managed by Philippe Bardet since 2007) has a rich heritage, a deep understanding and knowledge of its land; and the wine-making skills necessary to ensure each each Cru is treated with respect for its history and tradition. Louis Max owns over 25 hectares of vines in Burgundy in five vineyards: Mercurey les clos la Marche, Mercurey Premier Cru les Vasees, Mercurey Blanc les Rochelles, Mercurey Blanc les Caudroyes and Rully les Plantenays. But Louis Max also has long term partnerships involving over 50 hectares of vines in the Côte de Nuits and the Côte de Beaune. The harvest is always 100% manual with harvest dates determined parcel by parcel and all their domaine vineyards are Organically Certified.  The "Climats" range has recently been added to the Domaine, bringing carefully selected wines from outside of Bourgogne, notably from the Pays d'Oc.
​​Louis Max current releases for Australia
2015 Climat Haute Vallée Pinot Noir (Pays d'Oc) - tasting note
2014 Natura Nostrum Rouge vin biologique (Languedoc) - tasting note

In late 2012 William bought Château Constantin, located just north of Aix-en-Provence, near the quaint picturesque village of Lourmarin, which is best described in Peter Mayle’s ‘A Year In Provence’.  At Château Constantin the wine making starts in the vineyards, which extend over 40 hectares, and are covered in beautiful ‘vieille vignes’, or ‘old vines’. Planted during the 1960’s, the domaine has been producing exquisite wines from unique terroirs and an exceptional climate.  These low-yielding vines produce wines of exceptional quality, aided by the sunny climate and the cooling influence of the famous Mistral wind. Employing a similar ethos to producing his famous spirits in the UK, William insists on the very best production techniques, to guarantee that what is inside the bottle is truly very special.
Maison Williams Chase current releases for Australia:
​2016 Rosé Magnum - tasting note
2015 Papillion (Vermentino/Viognier) - tasting note
2015 Cuvée Amphorae (Syrah/Grenache) - tasting note
2015 Quercus (Syrah/Grenache/Cabernet Sauvignon) - tasting note
SALES INQUIRIES
To find out where our wines are available for retail sale, or for wholesale inquiries, Woods Wines can be contacted via email at info@woodswines.com.au, on our office phone at +61 (0)412 281 965, or by any of the methods on our contact page.
Woods Wines Australia.  Thanks for visiting!